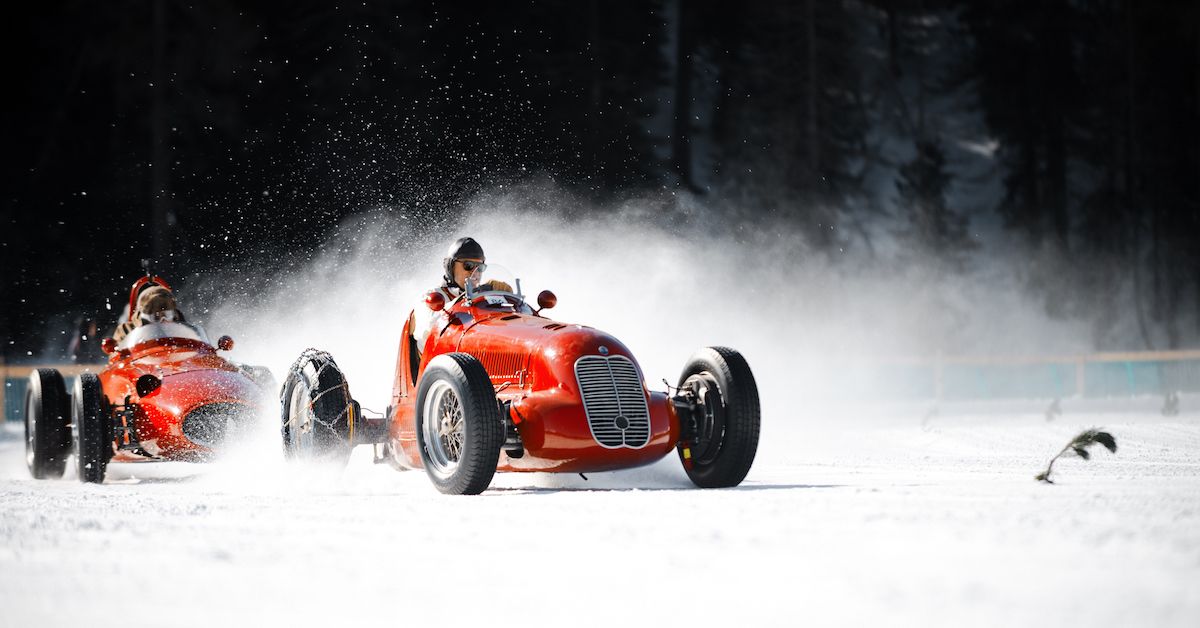 The International Concours d’Elegance (ICE) at St. Moritz is a classic car show in the same vein of other Councour’s d’Elegance, but with a twist. While a classic Concour d’Elegance sees the cars on display in a more conservative way that preserves the cars as untouchable pieces of non-moving art that are on show from their perfectly controlled environments, the ICE at St. Moritz is a much more active event.

Held each year on a frozen lake in Switzerland, the ICE St. Moritz combines racing with a car show for rare automobiles and other antique or classic cars (including and especially supercars). The show has been touted as one of the “coolest” ways to enjoy cars in the ways they were meant to be seen-in motion and challenged by the icy and snowy conditions.

The 2022 ICE at St. Moritz continues a legacy in the making since the 1980s. This year, the ICE saw some huge names and exceedingly rare cars from the likes of Maserati, Ferrari, Mercury, Aston Martin, and more.

Let’s take a closer look at some highlights of the 2022 ICE at St. Moritz!

There are showstoppers every year at ICE events, but the 2022 year of the race and show at St. Moritz might have seen some of the best cars ever. Since the 2020 event was canceled and 2021 held at distance due to the COVID-19 pandemic, the enthusiasm to see the event back up and running and participation were both higher than usual. There were just over fifty cars from some serious makers present at the 2022 event, and those were categorized by themes. This year’s themes included motorsport, cinema, and “lifestyle” (for those that did not fit into the other categories).

Present and standing out in this year’s lineup was a 1963 Ferrari 250 GTO. Considered a “unicorn” amongst collectors and car aficionados, this car was owned by Brad Wang, who has owned it since the early 1990s. According to Wang, he had done “everything with this car… except drive it on the ice” so he wanted that opportunity and the ICE St. Moritz was one of the very few places to showcase the beauty of such terrain. Wang’s GTO is a very original model, with the original chassis, and he is just the fourth documented owner. In a beautiful midnight blue paint job, his Ferrari is certainly unique in appearances as well as originality. This particular year and model has been known to sell for up to $70 million.

Several Italian cars were also present, including a pastel blue 1955 Lancia Aurelia B24 S America. Also present was a fully restored Lamborghini Countach LP400 owned and driven by Simon Kidston, who took the car from a crushed frame (the roof was on the dashboard!) back to its former glory. This particular model, from 1977, is exceedingly rare and was the only model to leave the factory with a coat of “Blu Turchese” paint amongst countless others sold in classic red. In his restoration work on the car, Kidston spent a decent amount of time dedicated to matching the color perfectly.

Another elegant Italian car present at the ICE this year was a 1953 Maserati A6GCS Berlinetta. This car is owned by Matteo Panini, whose father was impressively able to snag the car in an acquisition of the Maserati factory’s museum collection when it was liquidated in 1996. The family has since kept the collection together to preserve Maserati history.

Some judges even got in on the action of showcasing their phenomenal rides. Judge and collector Dr. Cici Muldoon showed off a 1974 Ferrari 246 GTS Dino. Affectionately known as “Viola” after the original paint color, Viola Metallizzato, the purple dynamo is worth an estimated $400,000, which has gone up exponentially in recent years.

Also present at the event were a 1965 Aston Martin DB5 of original James Bond quality, a 1953 Jaguar C-Type, an alloyed body 1965 Ferrari 275 GTB, and many other classic, rare, and beautiful examples of classic, sports car, and racing’s finest.

Extreme Moments And Winners At The 2022 ICE St. Moritz

When the idea for putting an ICE on actual ice was first posited in the 1980s, it was questioned strongly, and it actually took until 2019 to fully establish the ICE at St. Moritz. With million-dollar cars dancing across the surface of a frozen lake, there needed to be ample assurances of the safety of the endeavor.

However, with temperatures around -15 Celsius (around 5 degree Fahrenheit), and a long history of the lake holding up against other events from the Olympics to horse races, it was eventually decided that the event could go forward. The consensus is that it was worth all the years of arguing for it.

This year’s ICE event saw most owners building up their speed slowly on the counterclockwise oval of the ice track. Some skilled (or impatient/adventurous) drivers instead took a more direct approach. A 1956 Jaguar XKSS was seen sliding through the rounds at high speeds with adept control.

Later, driver Fritz Burkard also took to slides and drifting in his Pear Collection 1939 Maserati 4CL while maintaining complete control. The Maserati was equipped with heavy-duty snow chains and Burkard handled the track with the agility of a professional driver and the style of one as well, complete with his leather cap and cigarette.

Nikia Hunt inherited her love of cars from her dad as she grew up watching him work in his garage on everything from classics to diesel trucks. Currently a huge fan of American muscle and off-road-ready vehicles and with an acute interest in the future in EVs, Nikia splits her time between writing for HotCars and teaching high school language arts.
Nikia has many contributive works in several creative writing publications and holds a Master’s degree in English with emphasis in Creative Writing from the University of Nebraska at Kearney. 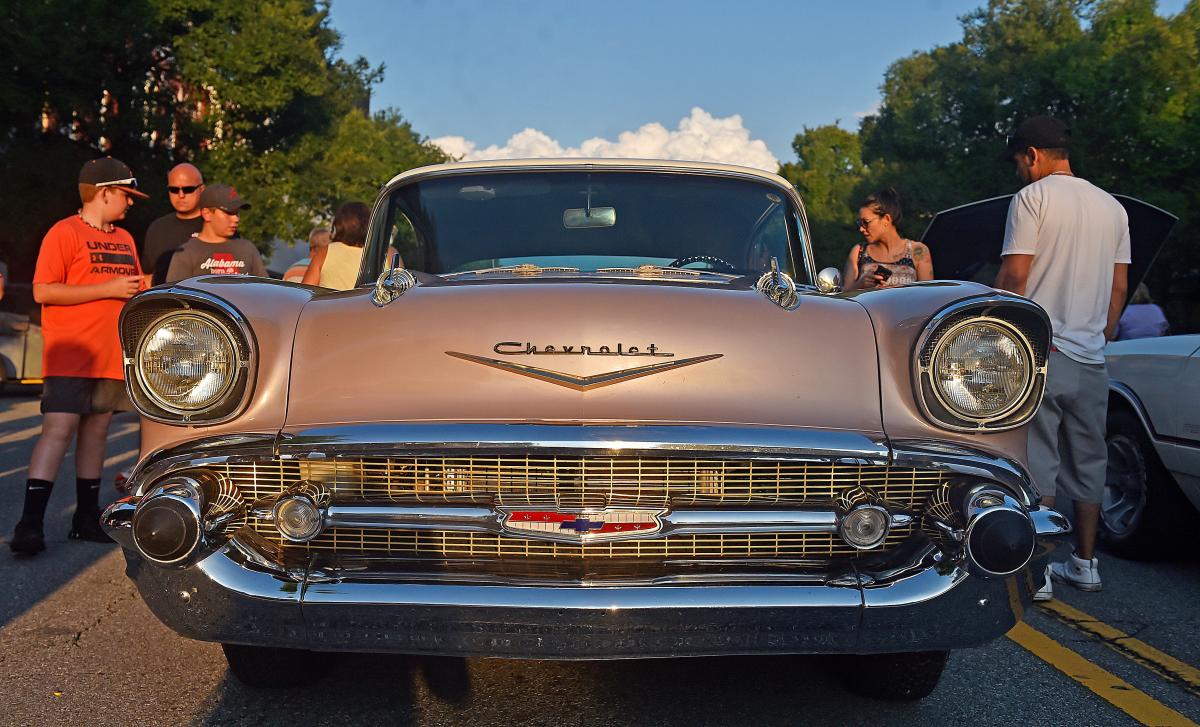