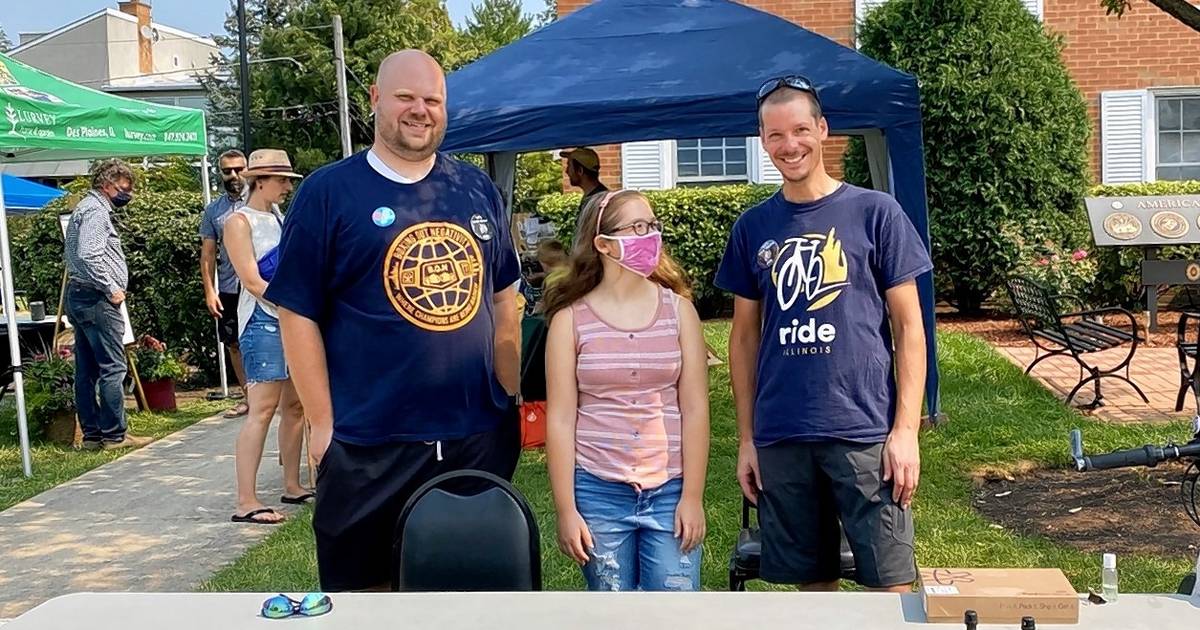 Except for pathways laid down by native wildlife and their Indigenous hunters, our complex Illinois transportation network has depended on planning. Same is true for many taken-for-granted suburban trails and bike routes crisscrossing our communities.

If you ride in a Batavia, Geneva or Palatine bike lane, chances are you owe thanks to Ride Illinois. If you bike-commute using Bike to Metra Guides in Barrington, Crystal Lake or Wheaton, you are benefiting from its expertise.

Reflecting on this milestone, Dave Simmons, executive director since 2019, said, “We use a round number like this to celebrate. It’s also a point in time to reflect on what has been accomplished and what we hope to accomplish in the future.”

Besides bike planning, Ride Illinois accomplishes its mission “to make Illinois better through biking” in multiple ways. Delivering safety education and advocating for bike-friendly legislation and infrastructure improvements have been key initiatives of this 1,800-strong membership organization. 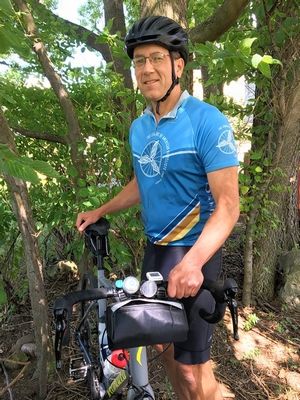 Ed Barsotti led the League of Illinois Bicyclists/Ride Illinois as its first paid executive director from 2001-16.
– Courtesy of Ed Barsotti

Major achievements encompass traffic law changes such as the three-foot clearance when overtaking bikes and allowing vehicles to pass bikes in a no-passing zone, when safe to do so. Educational accomplishments include the “Share the Road” program and incorporation of bike-related questions on the Illinois driver’s test.

Success is attributed partly to its positive relationship with the national League of American Bicyclists. Starting in 1989, veteran educator and avid cyclist Ted Sanders, now deceased, led efforts to launch the League of Illinois Bicyclists, incorporated in 1992, as LAB’s first state chapter.

Educating the public has been a trademark activity. In 1996, Illinois Department of Transportation awarded LIB a $20,000 contract to train Effective Cycling Instructors. Currently, Illinois boasts 63 League Certified Instructors, with more than 40 in the Chicago area, all trained to conduct cycling safety courses.

That educational focus also manifests itself in the free Bike Safety Quiz program developed in 2013 under Ed Barsotti’s leadership, LIB’s first paid executive director. This safety program, available in English and Spanish, focuses on youth and adult riders, as well as car and truck drivers. Since its launch, more than 180,000 people have completed the quizzes. In Illinois, its popularity is increasing.

Schools can earn $2 for every registered student completing a quiz. Funding originates with an IDOT Injury Prevention grant, backed by federal bicycle and pedestrian safety funds. IDOT renewed the grant for 2021-22 with a Ride Illinois goal of 50,000 students.

Besides classes, Ride Illinois hosts the Illinois Bike Summit every two years with a full schedule of speakers and workshops related to Illinois biking. The upcoming Oct. 12 summit in Champaign will likely be followed by an Oct. 13 professional training session.

The joys of bike riding have permeated Ride Illinois history, with rides frequently sprinkled among the serious business of meetings, conferences and summits. The Grand Illinois Bike Tour (GIBT), a principal fundraiser, has remained popular since its 2003 start, a brainstorm of longtime board member Chuck Oestreich and current board President Dick Westfall. 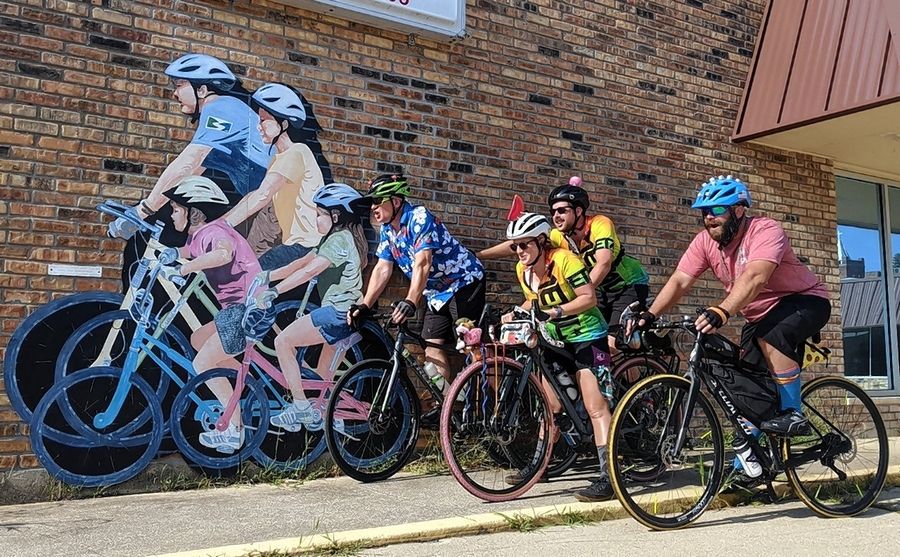 Along with GIBT, Ride Illinois promotes safe cycling for recreation, transportation and fun events to more than 10,000 individuals and 200 Illinois bike shops through its annual free Ride Guide.

Packed into this year’s guide is ride information from 30 bike clubs spanning Cairo to Evanston, and from Geneseo to Manteno. Indiana, Michigan and Wisconsin bike tours are also listed.

Launched in 2001, this guide has advanced from a packet of affiliated club ride brochures mailed to bike shops throughout Illinois and to LIB members like me. Current print format, adopted in 2019, expanded into an online PDF in 2021. Besides a calendar of 47 rides/events, the guide offers information about safety, trails, bike shops, and other Illinois resources. 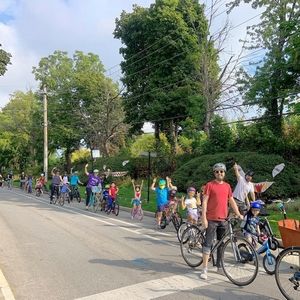 “We anticipate adding another six to 10 neighborhoods to our ride schedule, some in the suburbs … and anticipate hosting at least 50 rides in 2022, an enormous feat for an organization run 100% on volunteer power,” said CFB founder Rebecca Resman.