LEARN MORE: Full versions of today’s news nuggets along with thousands of pages of relevant news and opinions, information stored in a million-page library published and indexed on The Auto Channel during the past 25 years. Complete information can be found by copying a bold headline and then inserting into any Site Search Box.

* President Joe Biden ordered the release of 1 million barrels of oil per day from the nation’s strategic petroleum reserve for six months, a bid to control energy prices that have spiked after the United States and allies imposed steep sanctions on Russia over its invasion of Ukraine. The president said it was not known how much gasoline prices could decline as a result of his move, but he suggested it might be “anything from 10 cents to 35 cents a gallon.” Gasoline is averaging $4.23 a gallon, compared with $2.87 a year ago, according to AAA.

* Cox Automotive reports March U.S. auto sales show a notable drop from last March as the market remains significantly constrained by lack of supply. Despite market conditions that would support healthy demand, the seasonally adjusted annual rate (SAAR) of sales for March is forecast by Cox Automotive to finish near 13.1 million, down from February’s 14.1 pace and significantly down from last March’s 17.6 million level. Sales volume is forecast to decrease 24% from last March, falling to 1.22 million units. March sales volume will result in Q1 2022 sales being down substantially from last year. Cox Automotive estimates quarterly sales will decline more than 16% from Q1 2021 when 3.9 million units were sold; Q1 2022 is forecast to end with 3.3 million sales and mark the second-worst quarter for new-vehicle sales in a decade, behind only Q2 2020, the height of the global COVID-19 pandemic.

* Cox Automotive’s team of economists say the average income of a new car buyer is now $124,000 a year. The share of new vehicles to consumers earning $75,000 or less is down two percentage points from a year ago. New vehicle prices have increased to a point that the market my never see 16 or 17 million units a year sales again.

* The U.S. National Highway Traffic Safety Administration reinstated a sharp increase in penalties for automakers whose vehicles do not meet fuel efficiency requirements for model years 2019 and beyond. President Donald Trump’s administration in its final days in January 2021 delayed a 2016 regulation that more than doubled penalties for automakers failing to meet Corporate Average Fuel Economy (CAFE) requirements starting in the 2019 model year. NHTSA’s final rule, which takes effect 60 days after it is published, reinstated the higher penalties and boosted them further for the 2022 model year. The agency has not collected penalties for 2019 to 2021 model years while the issue was under review and is the subject of court challenges. Manufacturers now pay $5.50 for every 0.1 mpg per vehicle that their corporate fleet falls short of the CAFE rules. That will increase to $14 for the 2022 model-year and $15 going forward. And, automakers install an engine idle stop/start system for the very reason to get off-cycle credits to boost CAFE and reduce the potential for paying fines.

* Michael Sivak of Sivak Applied Research says one possible consequence of the recent jump in the price of gasoline in the United States might be a reduction in driving. Sivak has made no attempt to offer any causal conclusions. This is the case because many other variables influence the amount of driving. The main such variables are currently the course of the pandemic, and our complex personal and societal reactions to it (e.g., changes in telecommuting and online shopping). The pandemic clearly contributed to a crash of all major modes of transportation, with driving (by all vehicles on all roads) bottoming out with a reduction of 40% in April 2020 compared with pre-pandemic April 2019. Early in 2022 the price of gasoline rose 47% compared to 2019 and driving dropped 4%. In mid-March the price of gasoline was up 76% and the driving dropped 10%.

* CNBC reports FedEx plans to test electric carts to make deliveries on its signature Express routes in 10 U.S. and Canadian cities throughout 2022. The company hopes electric delivery carts will help address a major challenge it faces in every big city it serves: lack of parking. The company said its tests in New York and Toronto show a courier can deliver 15% more packages a day with the electric carts than with a traditional delivery model. By deploying a truck of the electric carts and by getting couriers to their routes in a separate passenger van, the company estimates it can reduce the use of trucks on each route by as much 25% per day.

* Joe White writing for Reuters say U.S. auto dealers are asking as much as 20%-26% over sticker for in-demand vehicles such as the Jeep Wrangler, Ford Maverick hybrid or Ford Bronco, according to a survey of online listings by e-commerce site iSeeCars.com. Jawboning from manufacturers about punishment for dealers taking advantage of tight inventory may not be having an impact.

* Thank goodness all the new vehicle news is not just about EVs. Toyota streamed worldwide the debut of the new 2023 GR Corolla. This three-cylinder, 300-horsepower “hot hatch” has the styling and performance befitting Toyota’s GR brand! Powered by the lightweight, compact-yet-powerful G16E-GTS turbo-charged, direct/port injected three-cylinder engine, GR Corolla delivers 300 hp and 273 lb.-ft. of torque. Engineered for snappy acceleration out of the corners, output hits peak torque at 3000-5500 rpm, with max horsepower coming at 6500 rpm. The G16-E engine is paired with Toyota’s rally developed GR-Four All-Wheel-Drive (AWD) drivetrain. GR Corolla will be offered exclusively with a manual transmission.

* General Motors is recalling nearly 682,000 compact SUVs because the windshield wipers can fail. The recall covers the Chevrolet Equinox and GMC Terrain from the 2014 and 2015 model years.

* Global restrictions on transport and trade with Russia pose an especially serious problem for Cubans, whose socialist government has lived since the early 1960s under an embargo imposed by the nearby United States. Much of the island’s fleets of trucks, buses, cars and tractors came from distant Russia and are now aging, in need of parts. Many of the legendary 1950s-vintage American cars that roll along Havana’s waterfront have been modified over the years to use Russian engines and other parts. Cuban statistics indicate the island has about 20,000 old American cars and 80,000 to 100,000 Ladas.

* Automotive News reports Beijing auto show organizers are expected to reschedule the April event because of surging coronavirus infections in multiple cities across China. Discussions were ongoing to reschedule the biennial show, with no official information ready for public release, a source with one of the event’s organizers told Automotive News China late last week. Some press reports indicated the show would be rescheduled for June. Since the beginning of March, China has faced a new wave of COVID-19, the worst since early 2020, when the pandemic took root.

* Dodge has named the top 10 candidates seeking the greatest automotive title in the world – Chief Donut Maker. Applicants (there were over 173,500 of them) were asked to show, in a short video (maximum length of two minutes), that they embody the spirit of the founding Dodge Brothers. The applicants, along with footage from their video submissions, can be found at https://www.dodgegarage.com/chief-donut-maker The finalists now head off to the Radford Racing School to compete in a series of elimination rounds. Stay tuned! The winner will be announced on HEMI Day, April 26.

* Formula 1 and the Las Vegas Convention and Visitors Authority (LVCVA) announced that the Las Vegas Grand Prix will join the FIA Formula One World Championship from 2023. The race will take place at night, on a Saturday in November, on the famous Las Vegas Strip with the track sweeping past some of the world’s most legendary landmarks, hotels and casinos. This will be Formula 1’s third race in the U.S.

* Also in Formula 1, get ready for two new big players. Audi and Porsche are expected to get the green light (and the budget) to hit the F1 circuit in competition with Mercedes and Ferrari. One possible way in: Audi partners with – or acquires – McLaren. This coming from Reuters.

* The Saudia Arabian Grand Prix Formula 1 race received heavy scrutiny for its decision to continue with racing despite the attack on a nearby oil depot. Yemen’s Houthi rebels attacked the oil depot located just 7 miles away and left it a smoldering, bombed-out ruins. In the end Sergio Perez took his first career pole in his Red Bull car edging out the Ferraris of Charles Leclerc and Carlos Sainz, Jr. Red Bull’s Max Verstappen won an epic battle over Leclerc with Sainz completing the podium behind his Ferrari team mate – as pole-sitter Perez had to settle for fourth after pitting just before a pivotal Safety Car. 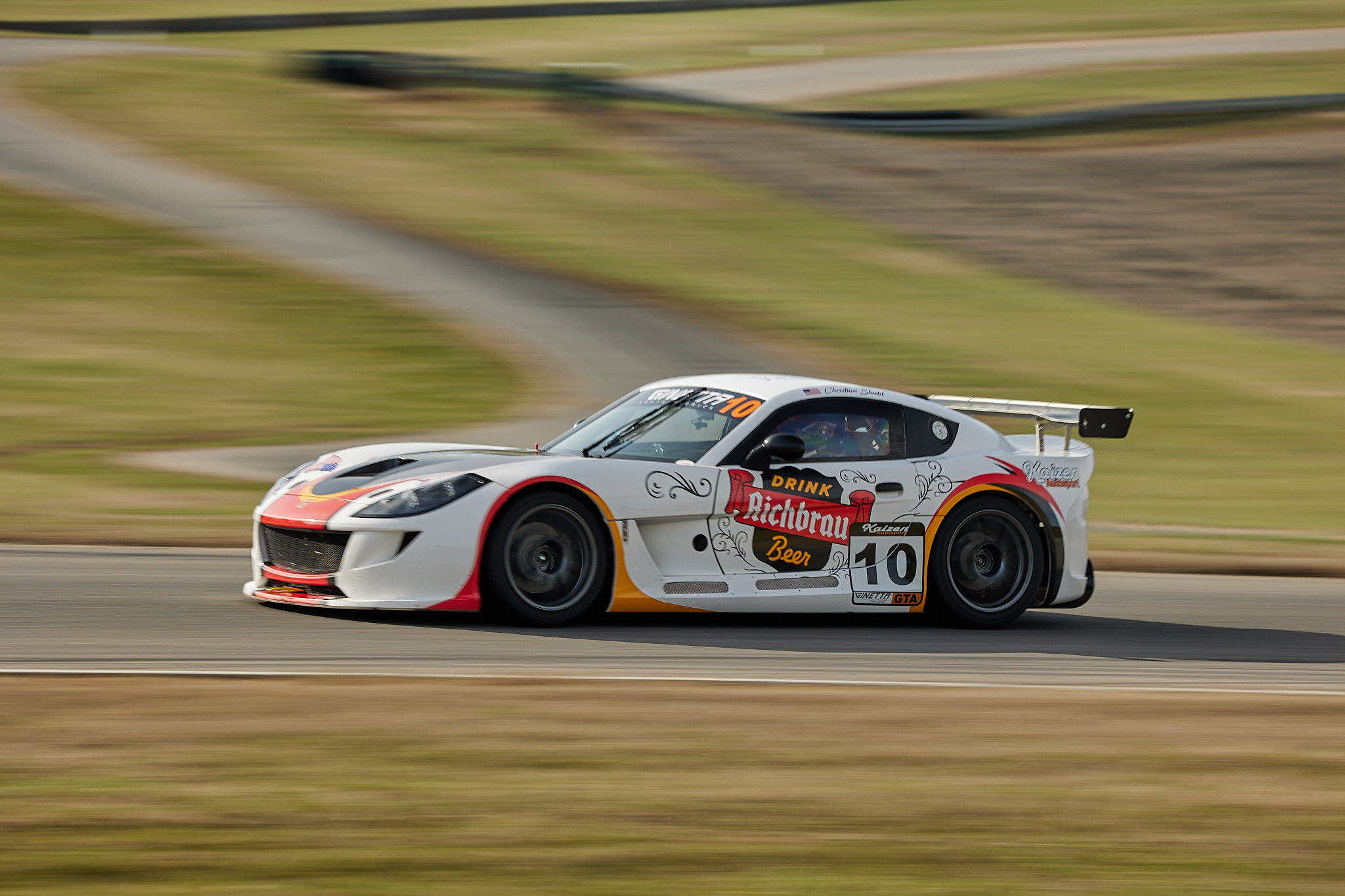