It’s that time of the year for Swedish car enthusiasts. After a two year hiatus, the Bilsport Performance & Custom Motor Show (aka Elmia) in Jönköping returned, bigger and better than ever.

For those of you that don’t know, this is the biggest car show in Scandinavia, and one that marks the official start of the summer automotive season. So grab yourself some tea and biscuits – you’re in for a treat.

Out of sheer excitement, I rarely slept the week leading up to the show. After arriving early Friday morning from Sweden’s capital, Stockholm, I could feel a sense of calmness in the air, despite knowing that in a couple of hours the halls of Elmia would be filled with people.

In normal Elmia fashion, media had the chance to run around freely for two hours before the doors opened to the public. This was a great opportunity to scout the halls and see what people have been up to for the last couple of years. 2019 was the last time the show was held, and attending then it blew my mind as a newcomer to the car scene. I was hoping for some mental builds, and the 2022 Bilsport Performance & Custom Motor Show delivered.

I started with halls X and B, as I knew what type of builds would be inside and also for easy battery/memory card switching once I’d made my way through. By that time, a flood of people had entered the building and the show was officially underway.

The scene I’m most attracted to is perhaps the most divisive one: stance. This automotive subculture has been growing rapidly in Sweden, and seeing hints of JDM styling has me aching for a trip back to Japan.

Hall X by OijOij was probably the place I spent most of my time during the weekend. Catching up with friends from all parts of Sweden, planning trips and talking cars reminded me of how little time I actually get to spend with these people. I only ever meet with them at events, and Sweden only has three months of warm summer weather, so everyone tries to make the most of it.

In case you’ve ever wondered how many average-sized women can fit in a Fiat 126P, the answer is 11. Well, that was the record on Sunday night; I heard that come Monday, 13 people crammed inside this tiny car. Does anyone have a picture of that?

You can pretty much expect everything in this hall at Elmia – air-bagged Skylines, Euro builds, drift-spec Silvias and, of course, Volvos. This is Sweden after all. Having said that, let’s take a look at what else the event had in store…

Next to Hall X is where I found this. The JP Performance Mk2 Golf has been popping up everywhere, and seeing it in person I understand why. It’s pretty cool to see what Khyzyl Saleem can do with 3D software, but to see a build like this come to life in the real world is mind-blowing.

Hall B had a wild mix of old and new – internal combustion versus electric. From afar, Joachim Westerlund’s Nissan 350Z has all the expected traits of a wide-body build – Air Lift Performance air suspension included. ut then you spot the Tesla ‘T’ logos.

Like many countries, Sweden is screaming out for sustainable transport, and Joachim is one step ahead with his Tesla-swapped Z. Under the hood you’ll find six A123 System batteries neatly tucked between a DC/DC converter and a BMS (battery management system) adding 236kg to the total weight of the car. The custom charge port is accessed by removing a carbon panel that sits in place of the left rear three-quarter window.

Out back, the huge Battle Aero wing is impressive, but even more so is the custom-adapted Tesla Model S rear end underneath it all.

This EV-converted Volvo P1800 built by Leif Tufvesson is another thing of beauty. Leif reckons the two electric motors, each producing 220Nm of torque, provide the same power as that of a 500hp petrol car, more or less.

This custom Kevlar wide-bodied Chevrolet Corvette C6 hints at what the future of drifting might look like. What do you think – is this the way forward?

Nothing beats the raw sound of an combustion engine, so let’s head somewhere they were plentiful…

In the past I’ve said I’m not really a fan of American cars, but some of these builds truly are glorious.

Looking to purchase a V8 engine for your project? Elmia has you covered, with the added bonus of a 10% discount too.

This 1955 Chevrolet Pickup has custom everything. Just check out that carbon fiber bed floor!

Two Fords, two very different styles. Which one do you prefer?

A couple of new additions to Elmia were found outside the show halls. Let’s head on out to catch the action…

Where The Sun Shines

Despite the huge hall space, not all cars could fit inside, hence the outdoor car show.

Another build that piqued my interest was Louise Jahrl’s MkIV Toyota Supra.

If you like Bavarian builds, Sweden has loads of those too. But if you’d like to dive even deeper into the local BMW scene, the annual ‘Bimmers of Sweden’ event is coming up in May. Perhaps I should head along?

As the official start of the 2022 Swedish Drift Series, drifting played a huge roll during the weekend’s activities. The drift track had been revamped and moved to another location for bigger and faster turns, but it was just awesome to see people back on the stands after two long years. In fact, Saturday saw Elmia break its previous attendance record, and the outdoor areas gave a real sense of that.

This wouldn’t be a proper Swedish event without a Volvo causing havoc on the track. Speaking of havoc, let’s get back inside where the vibe is a bit more down to earth but crazy builds shine.

Hall A is where I found Andreas Callmer’s 1989 Volvo 240. Under the hood, the Volvo B230 features forged pistons and rods, BJ Technology cams, a KL Racing cast intake plenum and a custom turbo manifold mounting a BorgWarner S369 turbocharger to deliver 684hp at the crank. Not only does Andreas regularly drive this thing on the street, he also drag races it, his best 8th mile ET a 6.93 at 167km/h. His hope for this season is 6.5-second pass.

For many people, a project starts out as something you just want to fix up and drive, but ultimately snowballs into something a lot bigger. This was the case for Anton Hansson and his 1990 BMW E30, which started as a simple drift project he could work on while he studied. Seven years down the line, he’s managed to create something amazing.

This street legal machine packs a serious punch – its 4-liter M60B40 V8 delivers 609whp and 760Nm. The first time Anton tested this car on track was in the rain at Mantorp Park where he barely got any traction, but on its second outing in the dry it really showed its true potential. Hopefully I’ll get to experience some of that for myself soon – it sounds like an absolute blast.

Remember this 1970 BMW 2002? I will never get tired of this car, and it is always great to catch up with its owner, Magnus. This build was supposed to make its debut at the 2020 Bilsport Performance & Custom Motor Show, but of course that never happened.

Originally based off a Volvo 678 Taxi, this custom-shortened version built by Bertil Wilhelmsson is basically a modern Volvo in hot rod form. The interior, brakes, chassis and 315hp/420Nm engine all came from a Volvo S80 donor car.

With so many amazing vehicles on display at this show, I really could go on forever. Instead though, I’ll leave you with the gallery below. And that’s not all; stay tuned for a closer look at my favorite builds from the 2022 Bilsport Performance & Custom Motor Show.

More stories from Sweden on Speedhunters 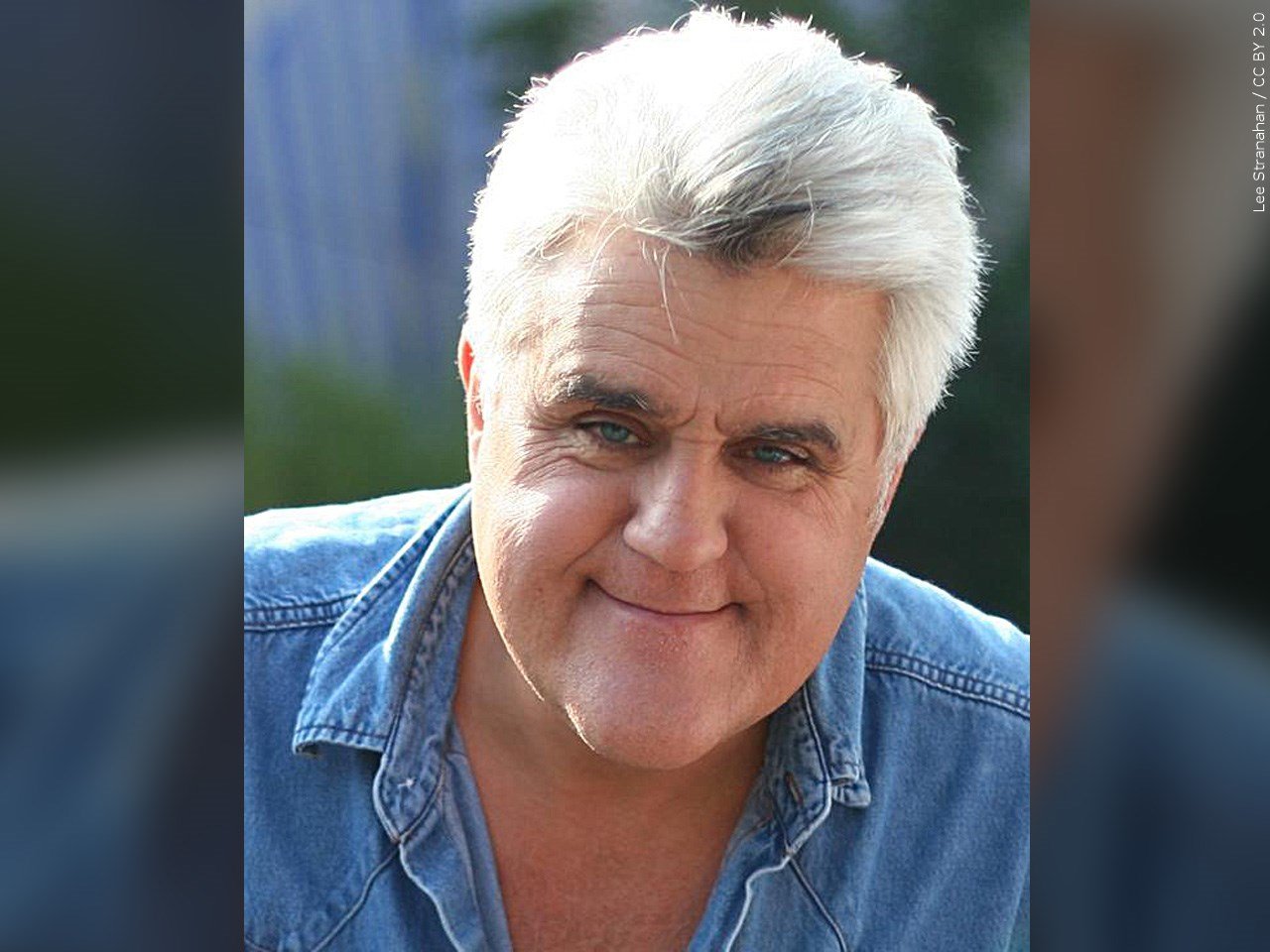