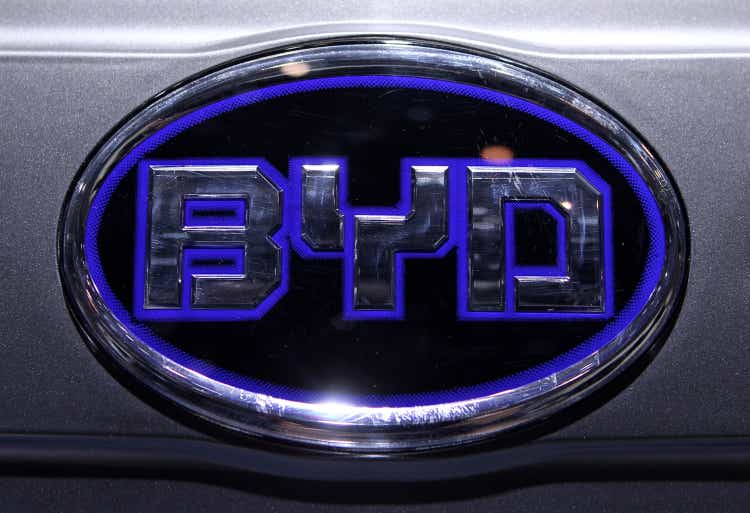 BYD Auto (OTCPK:BYDDF) is best known as one of the world’s leading EV manufacturers. This encompasses autos, e-buses and e-trucks. It is a leading battery and semiconductor manufacturer and arguably the most vertically integrated new transport and energy company in the world. My article in March detailed the current state of play in this regard.

Since that March article, the good news has continued to pour in for BYD. Q1 figures surprised the market on the upside. Net profit rose 241% to $123 million on sales up 63%. This was mainly due to a startling performance from their BEV division. This was partly because their vertical integration model lessened the problems with logistics suffered by their competitors.

The latest figures, for April show BYD’s year-on-year sales for BEVs rose 270%. BYD’s main competitors Nio (NASDAQ:NIO), Li Auto (NYSE:LI), and XPeng (XPEV) have not been able to keep pace. Tesla (NASDAQ:TSLA) found its China business almost grinding to a halt in April with sales of 1,512 vehicles. Nio sales were down 49% and XPeng’s sales were down 42%.

In April BYD had officially announced it was phasing out all ICE production and focusing its auto division 100% on BEVs and hybrids. Its very fast-growing ranges of new hybrids give it another strategic advantage over its Chinese competitors. Its vertical integration is its main advantage. This looks likely to increase rather than decrease as many BEV minerals and batteries get scarcer for everyone. BYD is very well placed although even they could have problems with sufficient supply of lithium in a few years’ time.

On the battery front the company is also going from strength to strength. Figures for April showed its share of the Chinese auto battery market had risen to 32.18% from 16.2% a year earlier. This may have been slightly exaggerated by one-off factors, but is no doubt symptomatic of rapid growth for the company.

I have been recommending the company for 6 years and readers who followed my advice have flourished. The chart as below from Charles Schwab shows how the company has performed against its peers:

This graph fits in with my long-time advice to investors to buy BYD for a strategic long-term position about also sometimes buy a portion on dips and sell a portion on sharp rises.

For many years most observers and analysts failed to see the potential and strength of the company. They may be failing once more to recognise this new potential.

After very substantial initial investment, the rail transit division may finally be starting to bear fruit. The company can leverage on its vertical integration strengths and geographical network. It is no coincidence that their first overseas SkyRail orders are in South American where the company is already well established with its other product lines.

My article in October last year highlighted the prospects of the massive Sepulveda project in California. This is at a cost of about $9 billion. That is envisaged as follows:

That is still some way off coming to fruition and should not be taken into revenue calculations at this point. Their monorail alternative would be a substantially lower cost and cheaper to run than the subway alternative put forward. The proposed route is illustrated below:

There is however a strong political and nationalist campaign against BYD’s involvement in the project. This includes a string of articles and rumours against BYD. The enclosed very inaccurate piece is a typical example of this. It brings together anti-Governor Newsom feelings and anti-mask feelings as well. Whipping up an anti-Chinese storm could be quite an effective strategy against the monorail alternative.

However other monorail projects now starting to roll out can be taken into consideration as producing meaningful revenues. The company has a long history of patiently bringing new product areas to market following substantial capital investment over a long period of time.

The division is based at company headquarters in Shenzhen.

SkyRail a monorail system, as illustrated below:

The potential around the world of the straddle monorail concept has been detailed here.

SkyTrain a more recently developed wheeled system, is illustrated below:

Some years back there was initial excitement and substantial investment to set up the manufacturing facility and track in Shenzhen. Company information on the range subsequently went somewhat quiet. Completed SkyRail projects have mostly been concentrated in smaller Chinese cities. The first one was in Yinchuan in 2017. BYD is currently working on quite major projects in Bishan, Chongqing and Pingshan. Project value numbers however are not currently available.

Other expected overseas projects in Iloilo in the Philippines, in Egypt and in Morocco have been slowed down. This was partly as a result of the covid pandemic. There is no update on these at the moment.

The delays had led one to conclude that the business was not going as planned and that perhaps money invested was going to waste. Recent news however is more promising. The company recently stated that they had two projects under operation, three projects awaiting full commissioning, and two projects under construction.

BYD has been investing further manufacturing and personnel resources in the division recently. That may be to do with the promise of the Sepulveda project.

This is a major project which received new impetus in March. BYD then released pictures of the carriages being produced in their Guang’an Industrial Park in Sichuan, illustrated below:

This is a high-tech product as befits the company’s high tech edge. It will connect up some of the city’s existing subway system to the city’s Congonhas airport with downtown Sao Paulo. It can run on a fully autonomous driverless basis. It has battery back-up utilising the company’s own manufactured batteries. It handles its own train control and communications systems.

It fits in with the city’s avowed aim to invest in clean energy and non-polluting transportation development. There are 4 phases in all up to 2024 and the project value is thought to be $1.1 billion.

The “Bahia SkyRail” in the city of Salvador in Brazil is at a similar state of development as that in Sao Paulo. Some carriages have been produced and shipped to Brazil. This is illustrated here:

Project value is thought to be about $700 million for the 14.5 mile line. Part of the system traverses over the sea to Sao Joao Island.

Risks to the Thesis

* The market potential of the monorail market may not be as substantial as BYD had calculated.

* Any Chinese company such as BYD represents political risks.

* The Sepulveda project may fall foul of political risk and misrepresentation.

* Being an OTC investment for Westerners, BYD does not have the full reporting requirements of U.S. listed companies.

* The company’s margins have reduced in recent years. Between 2017 and 2021 gross margin fell from 17.6% to 11.2% and net margin from 4% to 1.4%. EBIT Margin is currently at 1.55%. These margins are however improving again so far this year and I expect substantially better percentages for full year 2022.

* Recent claims of excessive pollution from the company’s factories could cause short-term difficulties. BYD have called these claims a “malicious fabrication” but it could cause some problems with Chinese Authorities.

At present the revenue numbers of the rail transit division are quite minor for the company. In 2021 revenue rose 38% to RMB 216 billion ($34 billion) for the company as a whole. This ever-rising revenue picture looks set to continue, as captured here by SA’s Quant Ratings:

Net profit actually fell 28% to RMB 3 billion ($472 million). This was probably due primarily to the rising cost of components for the auto division.

How the profitability of the rail transit projects will do is not really clear. There was very substantial capital investment to set it up in the first place. The company does however have a very strong cash position and a strong balance sheet to enable it to proceed in a stable fashion with the rail transit division growth.

It is difficult to ascertain what the rail transit division will contribute to the bottom line as the company has not been very detailed with project values. They are seemingly being supported in a marketing and strategic sense by Chinese authorities. One can see a connection with the Chinese concept of the Silk Road. In a recent financial report CEO Wang Chuanfu stated:

Urban rail transit business will continue to be an important strategic development direction of the Group.

Much may depend on whether they are successful with the Sepulveda division. However they cannot rely on that long-term project. Meanwhile they are pushing ahead with other projects around the world and in China. The company’s record suggests that investment in new products does eventually come to fruition. That has been true of BEVs and hybrids for instance, as well as auto battery production.

The rail transit division could well become a substantial revenue earner to add to their autos, their batteries and their semiconductors. This is something that analysts may well have once more missed about the company. Even if the division fails to live up to its initial promise, the core of the company’s strengths remains. The company remains a good investment whether or not the rail transit division fulfils its promise. 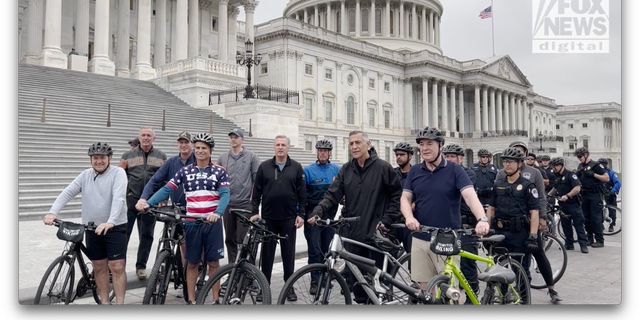